Welcome to the first ever Book Owl Word Search (#BOWS2021). BOWS is a fun interactive web search where you get to learn about amazing authors and their books and you collect secret words so you can win cool prizes like books from the participating authors. I'm on the BLUE team. Check out all my teammates below. If you collect my secret word and all of theirs you can enter to win something from every author on the team. Then check out the Purple and Orange teams as well for a chance to win equally amazing prizes from them. For more information on how to play visit the BOWS website. 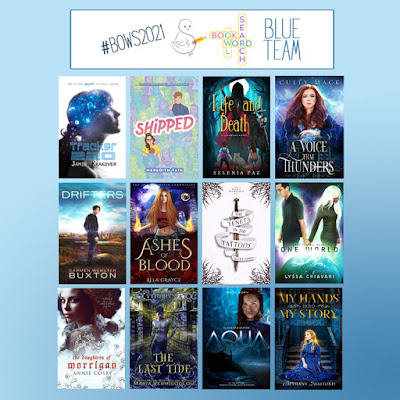 And without further ado, I've got a really cool post for you, one that you voted for in a twitter poll. I'm going to walk through how I worked with my amazing cover artist, Jennifer Stolzer (she's also a writer so check out her awesome books too) to get to the amazing final product you can see here. 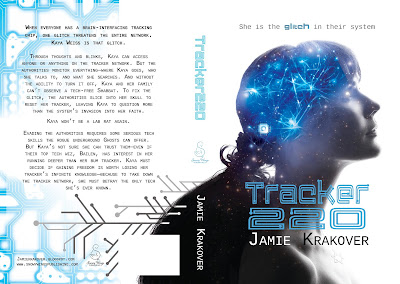 There's so many things I love about the cover and I'll walk you through how I got to this final product. I started with the main premise for the book, a world where everyone has tracking chips in their heads and the main character is 16-year-old Kaya Weiss. I knew I wanted something to show brain activity or neurons as well as the silhouette of a teenage girl. I knew this because when I was writing Tracker220, I often listened to music when I was in coffee shops. And on my ipod, the song superheroes popped up and I happened to glance at the screen and noticed the album cover and thought hmmm something along the lines of this would be cool for a cover for this book. Of course at the time I had no idea if Tracker220 would ever get published. 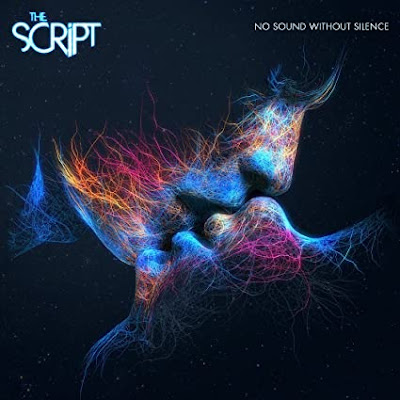 Now you'll notice some pretty stark differences between this album cover and my book cover. But there's also some similar themes and what really spoke to me was the neural networks within the silhouettes.

Fast forward many years later and I wanted to post my story on Swoon Reads to get some feedback, but I needed a cover image. Now I'm no artist, the best I can do is epic stick figures. The Swoon Reads site however suggested using stock images, so I went hunting for something that felt like my book. I have no idea what I searched exactly but this image popped up and I instantly knew it was the one. 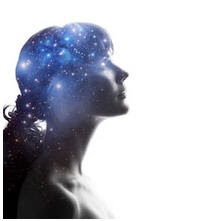 It had all the right feel to it, so I slapped on some fun fonts and called it a cover. A couple years later when I finally decided to indie publish Tracker220, I knew I had to go back to this image. It just felt right. So I sent it off to Jennifer with some incoherent babbling about a neural network, a tracking chip, and a Jewish star necklace because the main character is Jewish and the way she interacts with the tracking technology causes her to question her Jewish identity. I wanted to represent the effects of the tracker network (yes, you guessed it, my secret word is TRACKER!). Jennifer told me to go find a font and so I did and then a short while after she came back with this rough image. 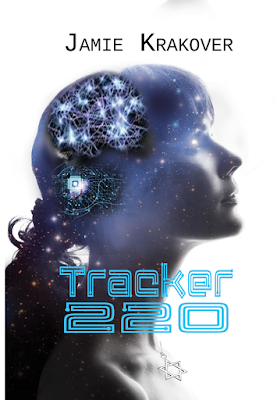 I was instantly excited. It had so much potential already. And she already took my crazy talk and knew exactly what I was looking for. I told her as much, so she went to work smoothing it out. But before she got to far another image came, with a what do you think of this? 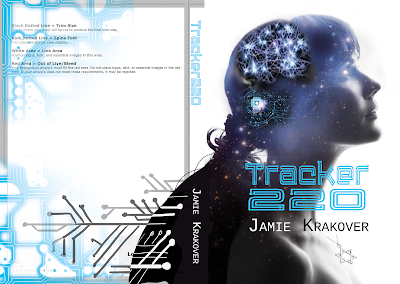 Again super rough, but she came up with the back cover stuff all with what I had given her previously. The next thing I knew she was sending me other images as she smoothed things out and moved things around and before I knew it, the Tracker220 cover was the amazing thing that now wraps around my words. And to this day I can't thank Jennifer enough for taking my fragmented ideas and turning it into a masterpiece.

And now for some more fun. A chance to win some books. I'm giving a way a signed copy of Tracker220, plus signed copies of the Brave New Girls Anthologies volumes 2 & 3 that feature stories with girls who have a knack for STEM (including two of my short stories). Sound like a cool prize? Go fill out the rafflecopter to enter.

Then hop on over to my friend Meredith Tate's site to learn about her awesome books and find her secret word.

a Rafflecopter giveaway
Posted by Jamie Krakover at 7:00 AM 2 comments:

Tracker220 is going to the Moon! 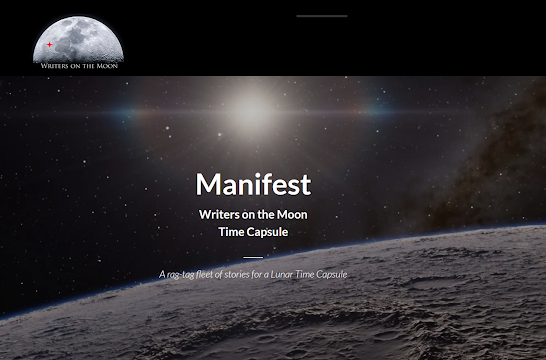 You read that right. Tracker220 is going to the moon! My book was selected to be part of the Writers on the Moon project headed up by author and Rocket Scientist Susan Kaye Quinn. Tracker220 is part of a 125 other independent author's content that will be loaded onto a SD card and included in the payload of an Astrobotics lunar lander. The mission is set to launch in July 2021 and will become a time capsule that will remain on the moon to be found at a later date.

And for fun, I also included my two short stories Arch Nemesis and Pyramid Scheme and associated cover art by Jennifer Stolzer from the Brave New Girls Anthologies. If you haven't checked those out, run don't walk. It's a series of multiple anthologies with shorts stories that feature female characters with a knack for STEM. AND all the proceeds from the book go to the Society of Women Engineers Scholarship Fund.

As a rocket scientist, the Writers on the Moon Time Capsule is something right up my alley and combines my love of writing with my career in aerospace engineering. I'm so incredibly excited to be involved in this project.

Be sure to keep an eye out for the upcoming manifest of all the included books.