I wrote a book!

You can do anything you put your mind to. No truer words were ever spoken. Sometimes we don't realize what we are capable of until we try it. When I first started writing, it was more out of necessity than anything else. An idea was born and something inside me took hold and forced me to put pen to paper. I never had a desire to write - I hated writing in fact, but I couldn't escape, no matter what I did. So despite my previous thoughts on writing I gave it a try. And the more I wrote the easier it became. Writing is hard don't get me wrong, but like anything else the more you do it the better you become. In practicing the art of writing, I soon learned that I couldn't have been more wrong in my thoughts towards it. It wasn't that I disliked writing as a whole, it was certain kinds of writing I didn't enjoy. When I could choose what I wanted to write I truly enjoyed it.

When I decided to finally tackle writing as a hobby, I began to wonder how much I could actually write. 10,000 words? 20,000? 50,000? a whole book? The idea seemed daunting to me, but I was up for a new challenge. Something I had never done before. I began to wonder, how does one go about writing a book?

The simple answer, you write, and you keep writing until its done.

Don't sweat the small stuff. If something isn't working or doesn't feel right or the ideas arent flowing at all, walk away and come back later. Sometimes inspiration strikes when you least expect it.

Perseverance! Should you write every day? Most certainly, but sometimes that isn't always possible. However, that doesn't mean you should let weeks on end pass by and not write. And even if that happens, don't give up, revisit your writing. Treat your writing like an old friend, pick up right where you left off no matter how much time has passed.

Read! Never stop reading. Even when you are writing. It can show you the best and the worst of the trade, and everything in between. And you can learn from it all. What you should and shouldn't do. It can drive your inspiration.

Learn! Never stop learning. Take a writing class, get a book, join an online forum, read writing blogs etc. No one person can know every detail about one subject so never stop trying to learn about it.

Even doing all of these things, I won't lie and say writing a book was a picnic. It's a long winding and bumpy road. It's not easy to bear your sole onto paper and then stare back at it thinking you have a masterpiece. Ever writer at some point doubts their work or their direction or even their writing. It's what keeps us grounded. But just because you hate what you wrote, does not give you a pass to stop doing it. Pick yourself back up and move forward either with that story or another. Keep moving forward not matter how long it takes. It's not a race but the prize is finishing. The sense of accomplishment.

Point is don't let anyone ever tell you that you can't do something - including yourself. Prove the naysayers wrong and go out there and do it. You'll be surprised what you have in you. I know I was!
Posted by Jamie Krakover at 10:42 PM No comments:

I have to express a bit of a gripe with Glee's Holiday episode. For a show that prides itself on celebrating people's unique qualities, and showing that its our differences that make us each special, Glee has done a poor job when it comes to its holiday episodes.

Their focus for their holiday episode this year was Christmas. Now I realize that a large majority of the world celebrates Christmas, but Glee really missed a prime opportunity to display the multitude of other holidays that occur over the month of December. There was one throw away mention of Hannukah, Rachel at the end of the episode wishing someone who donated money a Happy Hannukah, and no other mention of any other holidays except Christmas.

Glee has characters built into the show that are Jewish, Rachel and Noah 'Puck' are both Jewish and I wouldn't be surprised if McKinley High has students that celebrate things other than Christmas and even Hannukah. Yet we have everyone singing Christmas songs for the most part during their holiday episode, and spouting what they want for Christmas, including the Jewish Rachel.

I understand that there aren't many rousing songs that represent the other holidays, (although I have a little dreidel, I made it out of clay, is a Hannukah classic) there are other ways to represent and honor the other holidays on the show, and they really have yet to do that. Plus with as inventive as a show as Glee is, I'd love to see some new songs, or parodies of existing songs to represent some of the other cultures and holidays.

So for a show as open-minded as Glee, they were pretty closed-minded when it came to the holidays this year. I hope in the future they consider honoring more than just one culture during the holidays.
Posted by Jamie Krakover at 9:15 AM 1 comment:

With movie news flying left and right about Ender's Game, I wanted to weigh in some thoughts. I will preface by saying Ender's Game is my absolute favorite book of all time, and I've been waiting for this movie since I picked up the book for the first time well over 10 years ago. Even then there were rumors of a movie, and they were looking at Jake Lloyd (young Anakin Skywalker) to play Ender, but nothing ever seemed to pan out. From what I understand, Card had issues with the numerous scripts that had been written over the years. I certainly can't argue with that mentality, as there are seemingly endless ways one could screw up Ender's Game on the big screen. Doing this fabulous book justice is a bit of a chore.

When I heard the news this year that once again that Ender's Game would be a movie, I was highly skeptical, as this rumor has come around many times before. Honestly, I'm not holding my breath for this, and wont 100% believe it until I see a trailer and then am sitting in the movie theater, but this current effort looks extremely promising.

Before I launch into confirmed and rumored actors for the movie, it has been stated on many sources and by Card himself, that the children will be older than in the book with Ender around age 10. As cool as the book is with Ender starting battle school at age 5, I have to agree with this decision. I think the age bump will work, and let's face it no five year old could honestly portray this character properly. And if producers Alex Kurtzman and Roberto Orci, both known for the new star trek and fringe, are any indication, this film is headed on the right track.

So onto the actors,

terfield - Confirmed to play Ender. I have no complaints about this kid, in fact I think he's about as perfect as you can get for Ender Wiggin. He has the look and he can act. He was amazing in Hugo (if you haven't seen it, I highly recommend it, its a beautiful movie!). And he proven he can play slightly darker and mysterious in BBC's Merlin as a young Mordred. All around great choice! 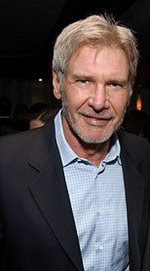 Harrison Ford - Rumored to play Colonel Graff. I think Ford is an interesting choice for this role, but I have no doubt he can play it well. I actually see him a bit as a certain other mentor to Ender (more on that in a minute) but if he's cast as Col. Graff, I wont have any complaints. We all know this man has no trouble acting and has a large portfolio of roles to back him up!

umored to play Petra Arkanian. Now this one I struggle a bit with. I admittedly have only seen clips here and there of her work, and she seems like a wonderful actress but I'm not sure if I am sold on her for Petra. She was originally who I would have picked to play Katniss in the Hunger Games, but I'm not sure she has that complexity that Petra carries in the book. I picture Petra with a slight fiery streak, someone more like Chloe Moretz possibly, that has proven the range of both soft and fiery. But I know Steinfeld can act and would do her best to portray Petra properly in the movie.

And onto the latest rumor (and this is a spoiler if you haven't read Ender's Game, so you've been warned!) 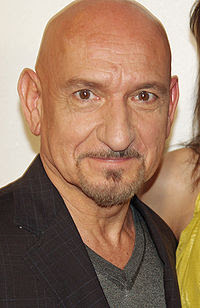 ey - Rumored to play the thought dead Mazer Rackham. Back to what I was talking about above, I originally thought Harrison Ford would be a better Mazer than Graff, but now hearing this news, I couldn't think of a more perfect person to be Mazer. Ben Kingsley would be great in this role, and certainly bring the right life to this important character. And again like Ford, has great experience as an actor.


So looking ahead, I think Ender's Game, despite many years of hope and fears surrounding a possible movie, is headed down the right general path to do this amazing book justice. The next few months will be telling as to how this project moves forward and if it will make it into production.

Of the uncast roles, Bean is the most important to get right. Personally I hope they find a young undiscovered to bring this role to life. His chemistry with Ender is key to the story, and I hope they find the right kid to do the job.

I look forward to more casting news and hope that this finally makes it to the big screen. I'm definitely getting excited about the Ender's Game movie and can't wait to watch it continue to develop!
Posted by Jamie Krakover at 9:07 AM 2 comments:

I don't normally do these but just for a little bit of fun today, a teaser quote from the book I'm currently reading The Gathering, book 2 in the Quantum Prophecy series by Michael Carroll.

"Did I ask for a science lesson?" Dioxin snarled. "Make it fly! You can do that can't you?"

Ahh gotta love superhumans, especially of the villian variety ;)
Posted by Jamie Krakover at 9:21 AM No comments: