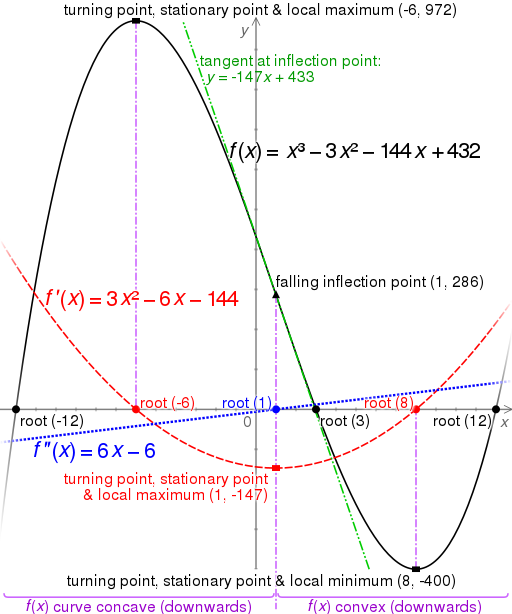 I never imagined that when my boyfriend, Andrew and I decided to move into together that it would be the start of a massive amount of change in my life. Yes, selling both of our condos and buying a house together is a HUGE deal, and I knew it would mean lots changes, but I didn’t realize it was the start of so much more.

Around the time we got our condos ready for the market, I attended leadership training through work. I wasn’t 100% sure I wanted to pursue management, and if I did, I wasn’t sure I was ready yet. And when asked what would make me ready, I couldn’t give a logical explanation. I just needed time. That class changed a lot of things for me (see previous post). I not only learned to step outside my comfort zone, but also finally found the drive to be emotionally ready to take that next step. Ultimately that was what was missing, feeling emotionally prepared to take on that responsibility.

But as that awesome week ended, I was pulled onto a short fuse work project with a strict deadline. And even better, they wanted to train me to manage the whole thing. It has been a great opportunity but work exploded, and I’ve been running around like a crazy person. I watched days wiz by where I didn't get to stop for lunch until 2pm. Even worse, I often felt like I had no clue what I was doing. People would say oh by the way did you do this? And I’d just sit back and think, no one ever told me about that. Then I’d scramble around trying to find the right people to help me make it happen. In addition to all this, wrangling engineers is a difficult. We are smart, sometimes almost too smart for our own good. And management is a lot of knowing when to put your two cents in. But it’s even more so knowing when to sit back, shut your trap, and let the experts do their thing. It’s also a lot of chasing people down and getting them to do what you need in a timely manner. And in the midst of all that you have to balance people's emotions and feelings and try not to step on any toes.

During all of this at work, at home. Andrew and I were scheduling meetings with real estate agents, getting pictures taken of our condos and finally getting them up on the market. That was one slight reprieve. It lasted three days. We put our condos up on the market on a Tuesday and by Friday everything was radically different.

Friday at work, the interns started. I’m helping mentor one, which is something I’ve always loved doing. But getting them started is always hectic. There’s training, software installing, and whole lot of explaining that has to happen. And to top it off, I was still working the time sensitive project and Andrew was acting weird… like mega MONDO weird. He planned something for Friday night, and he NEVER plans. And even worse, he wouldn’t tell me what it was. And I hate the unknown… HATE HATE HATE IT! I don’t do surprises, so the fact that I knew something was coming was stressing me out. Even though I knew EXACTLY what that something was.

Rewind a week. I was tired, from all the crazy and didn’t want to do anything… but Andrew insisted we go out. Like wouldn’t let it go insisted. And even though I was content with staying in my pajamas and being a complete couch potato, I put on real clothes and we went to dinner. (If that's not love I don't know what is :-P) He mentioned walking around the restaurant after or possibly going home and walking the dog. I said let’s go home and walk the dog because I knew she’s appreciate that and honestly I was wiped. So we did.

Fast forward to 5:30 am the next morning. The dog wants out. I stumble out of bed and find this thing in the middle of my floor. It's dark and at first I think it’s a dog bone, but as I pick it up I realize it’s a jewelry box. I start to wonder what one of my jewelry boxes is doing in the middle of the floor, how my dog had managed to find it, and why she was playing with it the night before.

Out of curiosity, I opened it. Inside was a diamond. The diamond. YEAH THAT! I closed that box so fast and freaked… WHAT WAS I SUPPOSED TO DO WITH IT??? I wasn’t supposed to be seeing this. I swear I was instantly in an episode of Friends. I went to put it in Andrew’s backpack out of the reach of my nosey little dog, but realized it had come from somewhere in the bedroom and his backpack was in the living room. So I put it on the nightstand and pretended I never saw it. Like that would really work, but I did it anyways. Awesome sitcom logic I tell you! And Andrew knew I saw it because that obviously wasn’t where it was before. But I was intent on pretending it never happened.

Okay so fast forward back to Friday, June 6, 2014. I just had a long day of chasing people around, wrangling a technical document for the project deadline, training the brand new intern, and came home to a very strangely acting Andrew. He showed up at the door with a beautiful bouquet of flowers. I put them in water and then we headed out for dinner. After a snag at the first place, we ended up at The Fountain which is a cute restaurant with an old soda fountain and awesome milkshakes. It’s also the place where we went on one of our very first dates. After dinner we drove around looking for parking downtown, and then Andrew took me to The City Garden, which is this cute garden that spans a two square blocks. There’s a lit up fountain built into the concrete that kids play in and lots of cool sculptures. I’d never been there before and Andrew was insistent on making me aware of all the awesome stuff downtown. 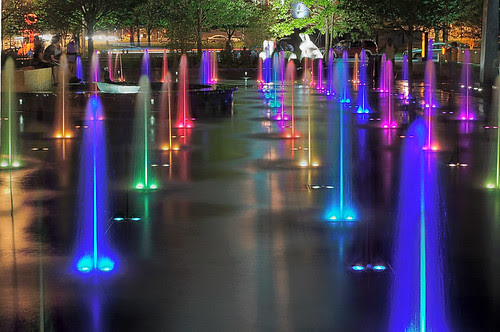 We sat down on a bench where we could partially see the fountain through the trees. Next to us a woman yelled at her kids playing on a giant white bunny sculpture as she tried to take their picture. Romantic RIGHT? Especially since I knew exactly what was coming. I silently wished the woman would stop ruining the moment! But finally she shooed her kids away and we quietly sat on the bench.

Neither of us said anything and then finally Andrew spoke. And I honestly have no idea what he said until the words “will you marry me” came out of his mouth. Without much hesitation, I said I will. Not sure why I said that instead of yes, but I did. And then he said the sweetest thing he’s ever said to me, that he knew I was the right one, but when we went to comic con this year and he finally saw me completely own my nerdy side, that cemented everything.And that right there is our relationship in a nutshell, a giant, awesome ball of nerdiness!

Back in the car, the million phone calls to friends and family started. Happy news! Everyone is excited. And then everyone starts asking when the wedding is. WORST QUESTION EVER! HELLO DON’T YOU PEOPLE KNOW IT HAPPENED FIVE SECONDS AGO?  (Why do people do that? Just wondering? I know it annoys people, many have been in that situation and thoroughly annoyed, and yet they ask anyways like you should have had the wedding planned before the engagement! Anyway I digress.)

On Friday night my mom was offering her help planning the wedding if I wanted it and by Sunday we were counting number of possible attendees and talking photographer and venues. So now in addition to all the crazy listed above, I’m planning a wedding.  And let’s not forget for a second that before any of this started I was writing and editing books as well as searching for an agent.

So here I am today, drowning in crazy: selling 2 condos, house hunting, working a crazy project deadline, mentoring an intern, applying for management jobs, engaged and planning a wedding, and still trying to find time to write, edit, and query agents. To say my head is spinning the understatement of the century.

But going back to where this all started, with inflection points, I’d say this is one hell of one! And even though there's been ups and downs, I’m really excited to see how things end up. Sure I’m stressed and unsure where I’ll be living, heck I even find myself lying sideways in my bed at 12:30am with my light on and my contacts still in wondering how I got there. All that aside, I know these are the kind of events that really show us what we are made of, show us what we are capable of. And yes, I’m anxious to get past all the crazy, but not too anxious. I want to enjoy it, learn from it, and ultimately see what awesome change is about to transpire from it all.
Posted by Jamie Krakover at 10:36 AM 10 comments: