I hate first lines. Probably more than the dreaded blank page, because it's the ultimate blank page, they very beginning. But you have to start somewhere. For me however, the good first lines usually don't come until well into the editing process. And for sometime now I've wondered why that is. 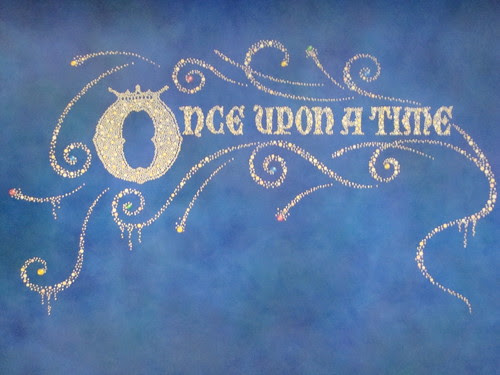 Stories have to start somewhere. When I get that great idea it always seems like I'm off to the races trying to get it down on the page as fast possible. I don't care how the story started I just want to get it out of my head and onto the page. But sometime around the middle of my draft that first line starts to bother me. The more I write and the deeper I get into edits, the more that first line stares me down. So much so, that I want to leave my horrible draft on the computer and go hide in the corner. Okay not really but as I edit, that awful first line is always sitting on the edge of my consciousness waiting to be fixed, constantly nagging me to be brilliant. Because let's face it, if your opening line isn't at the very least intriguing, who is going to read the line after it?

The funny thing is, the first line is usually one of the last things I come up with. I think it's for several reasons. The first being that I may not have started my story in the exact right place. In fact, I almost never do. My writing usually starts out as some kind of summary and I have to come back and beat it into submission later. Yes, I'm violent with my edits. I use heavy machinery like chainsaws and get ruthless cutting every possible thing I can without jeopardizing the understanding of the story.

The second reason the first line is so difficult and comes toward the end of the process is because sometimes to find the exact right way to start my story, I need to see it framed in it's entirety. I need a completed draft to guide me to the exact right beginning. I know it sounds silly but it's kind of similar to how you can't put the cap on the soda and send it out to the store until the liquid is inside. If you try to cap your story too soon, you could end up with an empty bottle, or the wrong size cap i.e. the wrong opening line. But, if you know where your character is at the beginning and then how they change at the end, then you have a better chance of finding the right opening line.

Even still, it usually takes a huge stroke of inspirational genius to pull the right first line out of my ass. Yes I said it, my ass. I never know where the good first lines come from or when they are going to arrive but they show up when they are good and ready and I have zero control over it. In fact, I'm waiting for the perfect opening line right now for my WIP. (You hear that Orion??? **hint hint nudge nudge**) And it's always a giant source of frustration for me until the exact right line comes to me.

I wish there was some trick to finding the right first line. Maybe there is and I just haven't found it yet. If you figure it out let me know.

So how do all of you get the right first line and at what point of the process does it arrive for you? Any tips or tricks to share?
Posted by Jamie Krakover at 1:27 PM 2 comments:

Writing With Both Sides of Your Brain

Most people think writers are clearly right brained. The right brain after all, is responsible for creativity. So why is it that we frequently see so many classically "left brain" thinkers like myself and other logical, problem solvers diving head first into writing? The short answer? Because writing is so much more than just creativity.

Sure an idea is what sparks a novel, but there's so many other things that go into writing a story. Stories have to be well plotted, have conflict, contain story arcs as well as emotional arcs, and they have to have a logical flow. Did you see that word logic I slipped in there? But that's not the only place logic comes into play. There is no denying that writing is a pure stream of creativity especially early on in the process when the ideas are flying, but the more you hone your writing and your idea, the more the left brain factors in.

Even at the very beginning of the writing process, one could argue the use of the left brain. In fact, I tend to use my left brain a lot in the planning stages of my writing. If I don't have some sort of outline to work with I'm sunk. And in planning an outline, I'm very methodical (imagine that for an engineer). I start with the beginning, a very logical place to work from, and I write small paragraphs about what I want to happen in each chapter. I organize my thoughts into a step by step progression of how I want the story to unfold. Does this organization change as I write? Most certainly, but it gives me a place to start and a good guide as I go.

I was however, extremely surprised to find that outlining is something a lot of writers struggle with. Surprising to me, because I find it so easy. When I get a bunch of ideas, I can clearly see how all the puzzle pieces fit together almost right off the bat. But I think the fact that most writers have a difficult time with outlining, also explains why a lot of writers like to "pants" their novels. Because they would rather the creative side take over and just write. I think this is one of the reasons why I have a very hard time with the blank page.

Blank pages are my nemesis. That little blinking cursor loves to mock me as I stare at the blinding white screen. Which is why I would rather rip apart my entire story, completely rewrite and rearrange it before putting it back together than start from scratch. And this is my left brain talking. I'm a problem solver so I work well with puzzles. I find editing is often like a puzzle that has to be solved. What are the missing pieces? (plot holes, character depth, scene descriptions, world building etc.) And what are the extra pieces in the box? (too much detail, extra characters, abused words, excessive dialogue etc.) This is where my problem solving skills really shine. Granted creativity doesn't get thrown out either because it takes a lot of creativity to work yourself out of a plot corner, but it also takes a lot of rearranging, adding, and the ability to see a clear path to the finish.

So while I love the "shiny new idea syndrome" that takes over and creates a flurry of typing, nothing beats the feeling after a good problem solving edit.

What do you think are you strengths and which side of your brain do you tend to favor?

Posted by Jamie Krakover at 8:54 AM 4 comments: