I have three swag packs with Divergent items to giveaway! If you want to win one, fill out the rafflecopter below. US only. 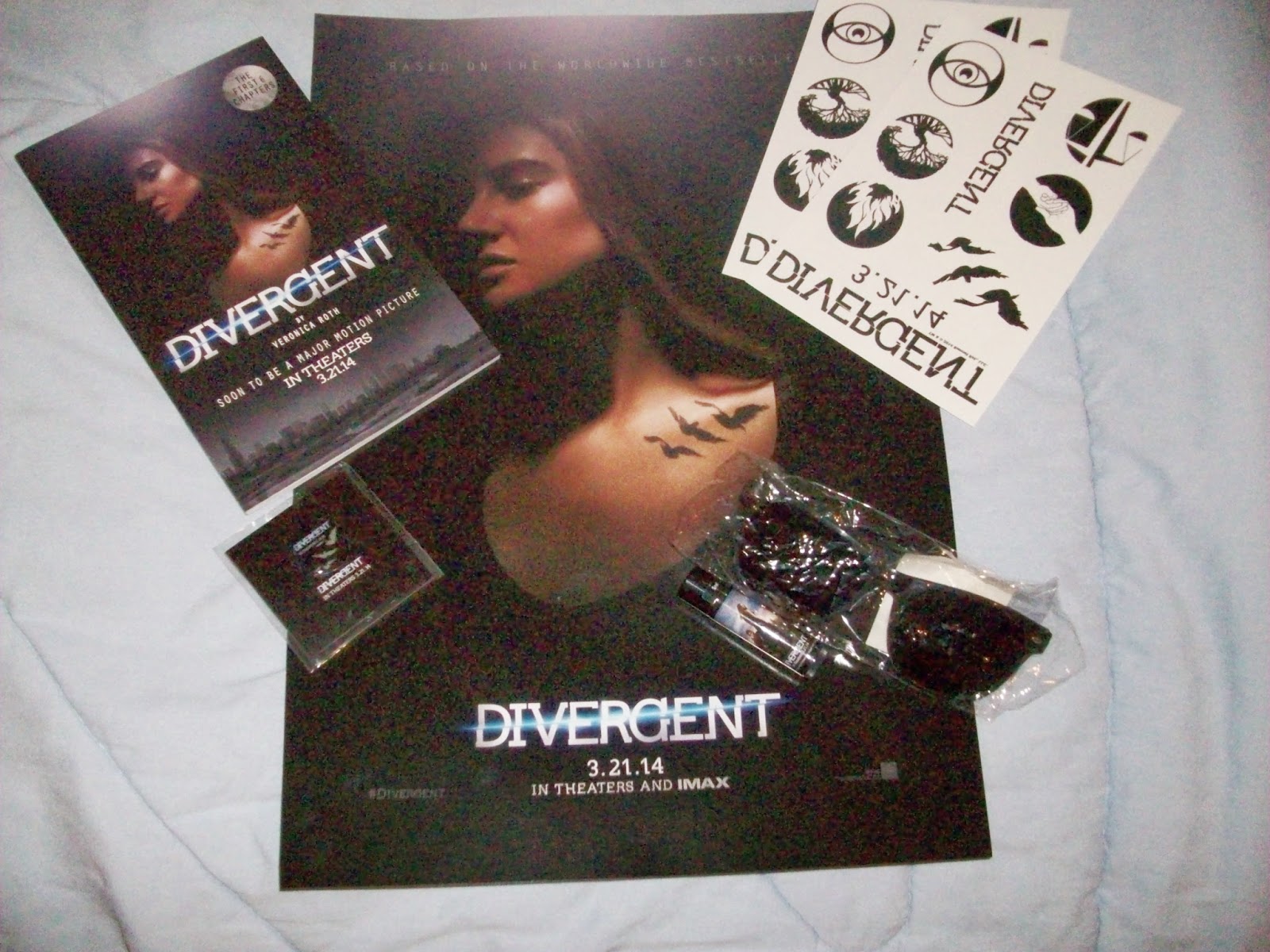 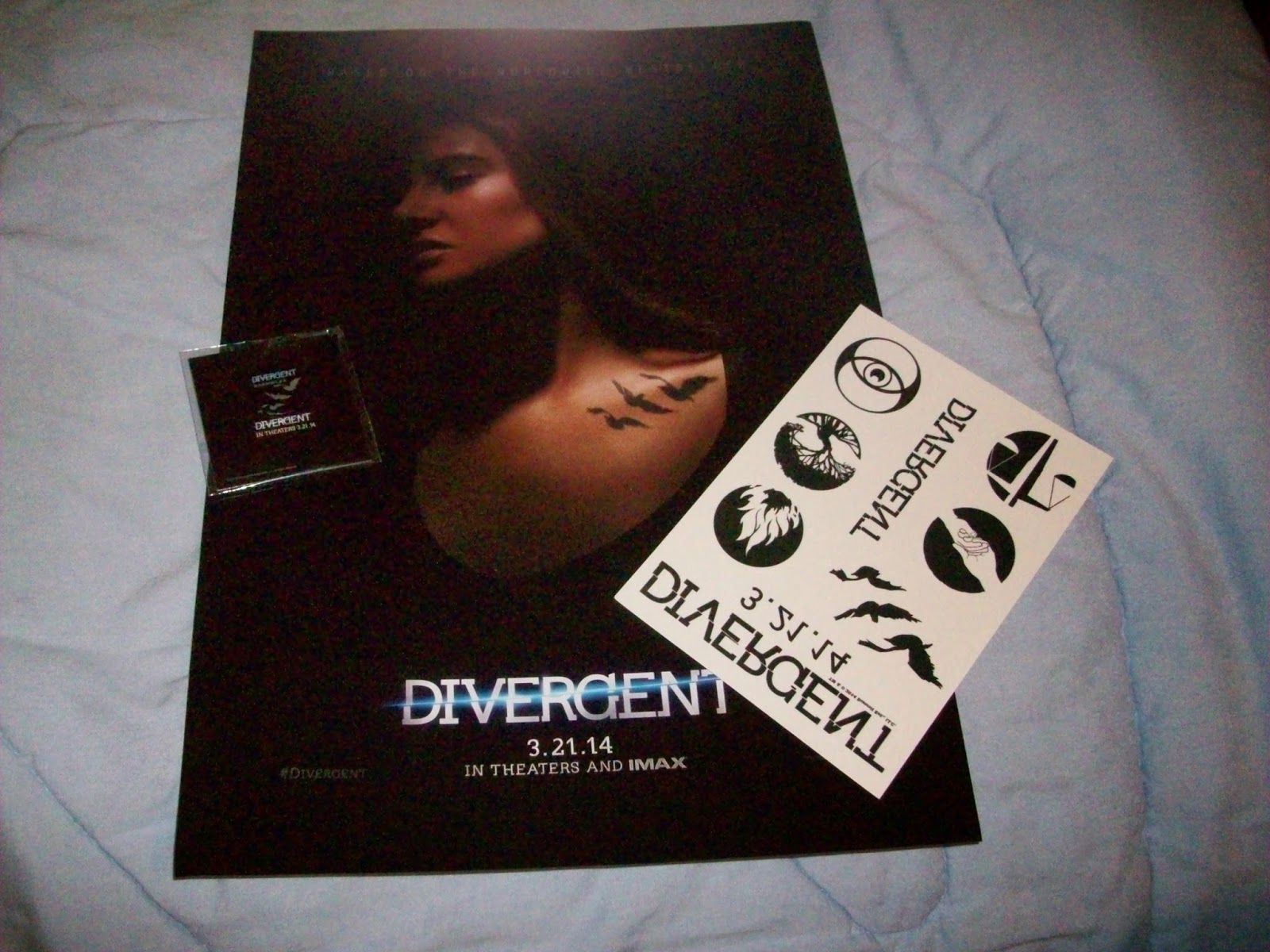 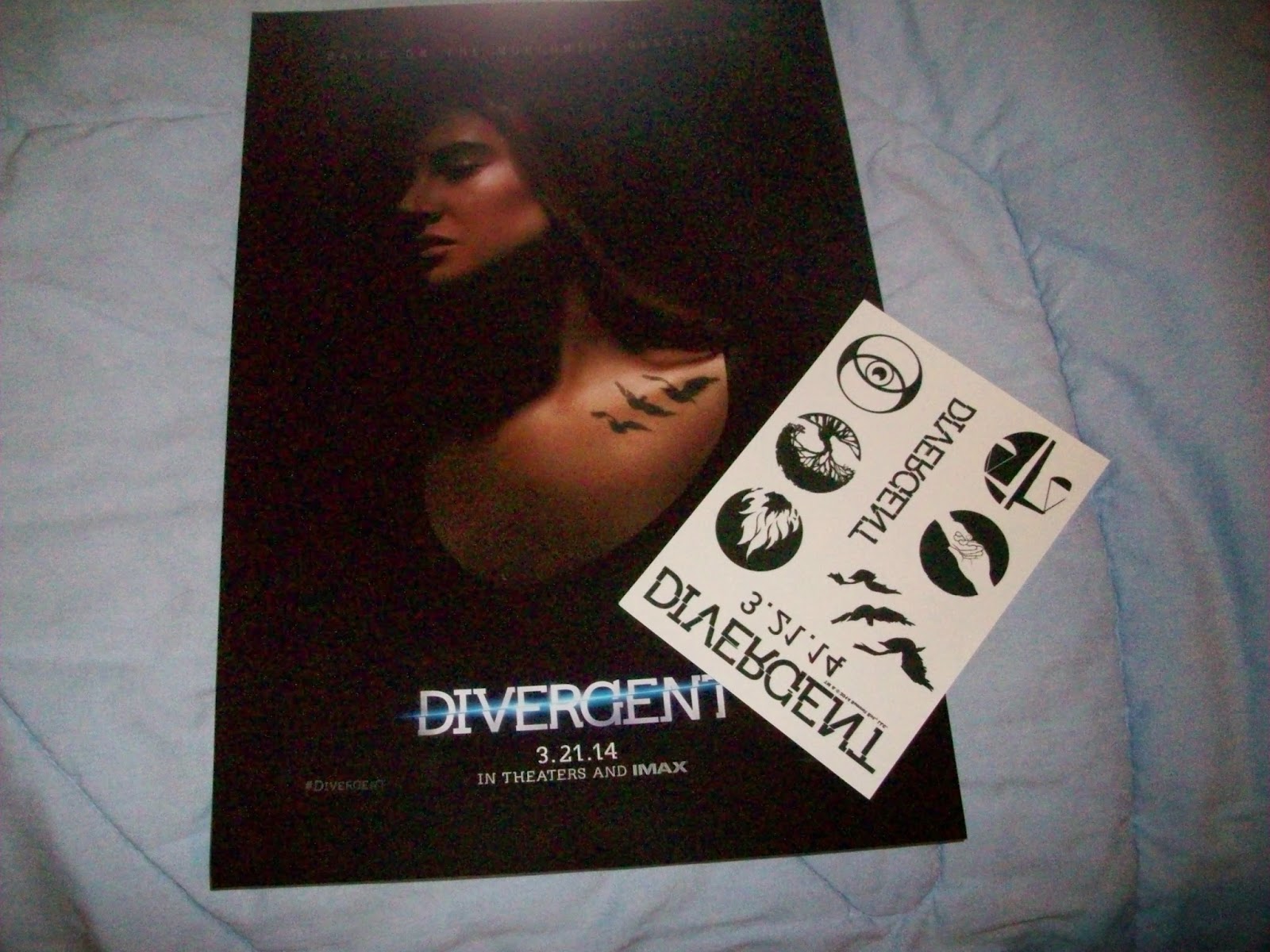 The Art of Lainey Review 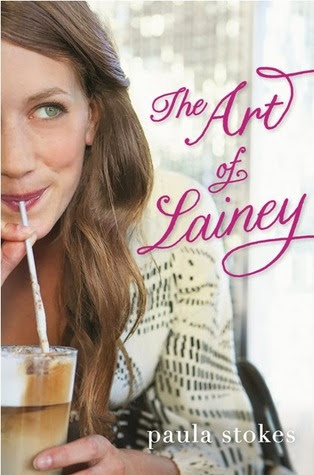 The Art of Lainey
Soccer star Lainey Mitchell is used to getting what she wants, and when her boyfriend Jason breaks up with her for no reason, what she wants is to win him back before the start of their senior year. Lainey and her friend Bianca check the interwebz for tips and tricks, but the online dating advice is all pretty lame.

Then the girls stumble across a copy of The Art of War. Didn't someone once say that love is a battlefield? Jason isn't going to stand a chance once Lainey and Bee go all Zhou Dynasty on him...

Old school strategy and subterfuge meet modern-day dramarama in the story of a girl who sets out to win at all costs and ends up discovering what's really worth fighting for.*
*summary from goodreads.com


**My Review:
Lainey Mitchell is a popular, star athlete with a killer wardrobe, and the perfect boyfriend. The kind of girl I hated in high school. So when her perfect boyfriend, Jason, marches into her parents coffee shop where she works and dumps her in front of everyone, I didn't really feel sorry for Lainey. In fact I cheered a bit. But I quickly found that there was more to Lainey than just the superficial girl who scored the game winning soccer goal at state. She felt like a real person with real feelings and someone who needed help dealing with her situation. And even though her perfect boyfriend had been perfectly awful to her, Lainey wanted him back. In that moment I was instantly transported back to the time I lost my first love and my heart went out to Lainey. I felt her pain because I'd been there. In fact most people have.

Lainey being the stubborn and determined girl that she is, takes things to the next step. With the help of her friend Bianca she devises a plan to win back her boyfriend using The Art of War. Lainey decides she's going to beat Jason at his own game, and make him come crawling back to her, win him over again. Using the strategy from The Art of War Lainey strikes a deal with her mohawked, misunderstood, "bad-boy",  co-worker Micah. They pretend to date in hopes that Lainey can win back Jason and at the same time Micah can get back together with his ex-girlfriend Amber.

But Micah and Lainey couldn't be more different then each other. Different tastes in music, favorite hangouts, clothes, the list goes on and on. In fact the only thing they seem to have in common is their quick wits and knack for insulting each other sarcastically. But once they start hanging out and really getting to know each other, Lainey finds out Micah isn't who she thought he was, and Micah discovers the same thing about Lainey. The both begin to change, and start to wonder if they don't want different things than what they originally thought.

Following Lainey in her transformation was quite the journey. She wasn't always perfect, but that's one of the things I loved about her. She was human. I loved watching her find out who she really was as a person and sometimes make mistakes. I often found myself grinning at the situations Lainey found herself in. They weren't always the same situations I'd gone through as a teen, but it was so easy to relate to her.

In all the time Lainey spends with Micah, he manages to bring out a new side of her. Micah opens her eyes to a world she never thought she might like and see that things aren't always as they seem. He is kind and patient with Lainey even when she sometimes doesn't deserve it. For this reason I think he is one of my favorite male love interests that I've read. He genuinely cares about the people that enter into his life, even when there are times he probably shouldn't. And watching Lainey not only learn to love others for all their differences, but also learn to love herself was a wonderful experience.

As a scifi/fantasy geek, I'm not one who normally jumps on contemporary novels, but The Art of Lainey definitely has a soft spot in my heart now. It's a fun lighthearted story that nearly anyone can enjoy and sympathize with. 5 out of 5 stars.

The book takes place in a fictional suburb of St. Louis, kind of a mix of Hazelwood and Bridgeton where Paula grew up. She'll be stopping by the blog later this spring to talk about the specific St. Louis places that inspired her and give one lucky reader a signed copy of The Art of Lainey.
**Review based off an advanced copy generously provided by the author.
Posted by Jamie Krakover at 8:24 AM 5 comments:

Email ThisBlogThis!Share to TwitterShare to FacebookShare to Pinterest
Labels: book review, Paula Stokes, The Art of Lainey, YA, YA Literature, young adult

Con Fever - I Haz it

Over the last few months I've had this raging excitement growing inside me. On the outside I probably look like this:

But my insides are really doing this:

But seriously... I'm just going crazy with excitement! Why do you ask?

Well for one thing our local con is less that a month away! (And we wont even talk about the awesome that will transcend in August at Dragon Con) And the closer it gets closer to con season, more and more announcements crop up. And with the increased announcements, the more crazy awesome the con becomes. I mean I'll probably get to meet this guy: 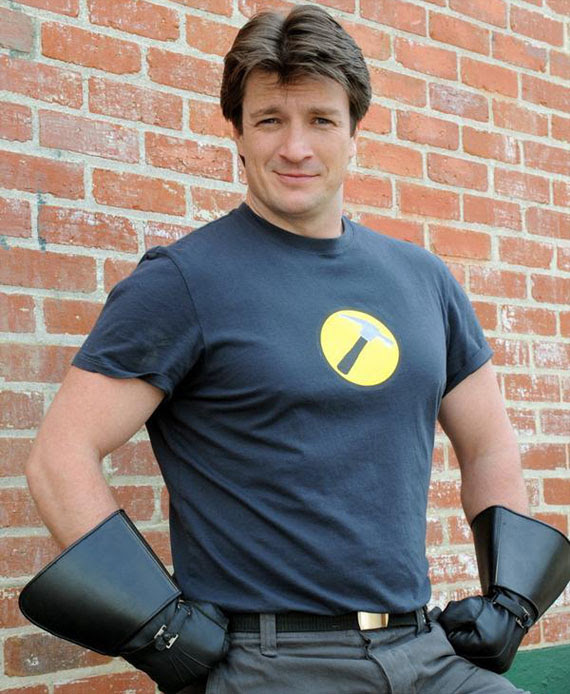 I'm going to take a minute here to catch my breath....

And even better, every day the list seems to get even more awesome. But that's enough name dropping because I might explode (or implode) from all the AMAZING!

Because I really want to focus on what I'm missing most about comic con and what really has me itching to go back!

I mean the minute you see that banner you can't help but get completely giddy! 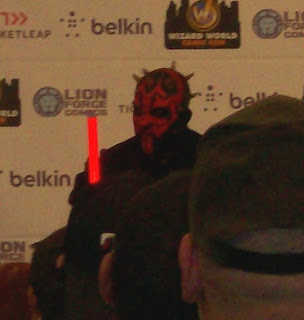 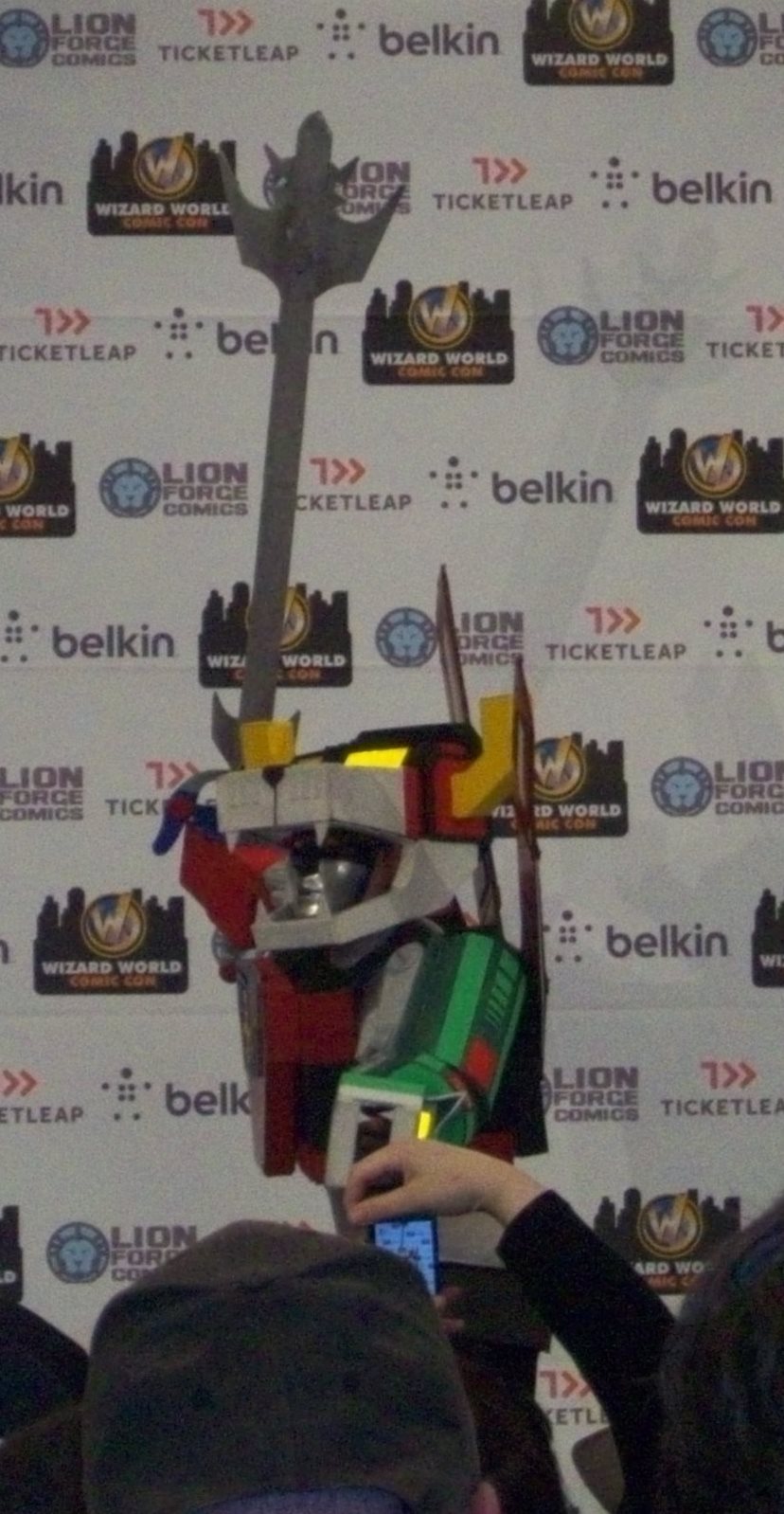 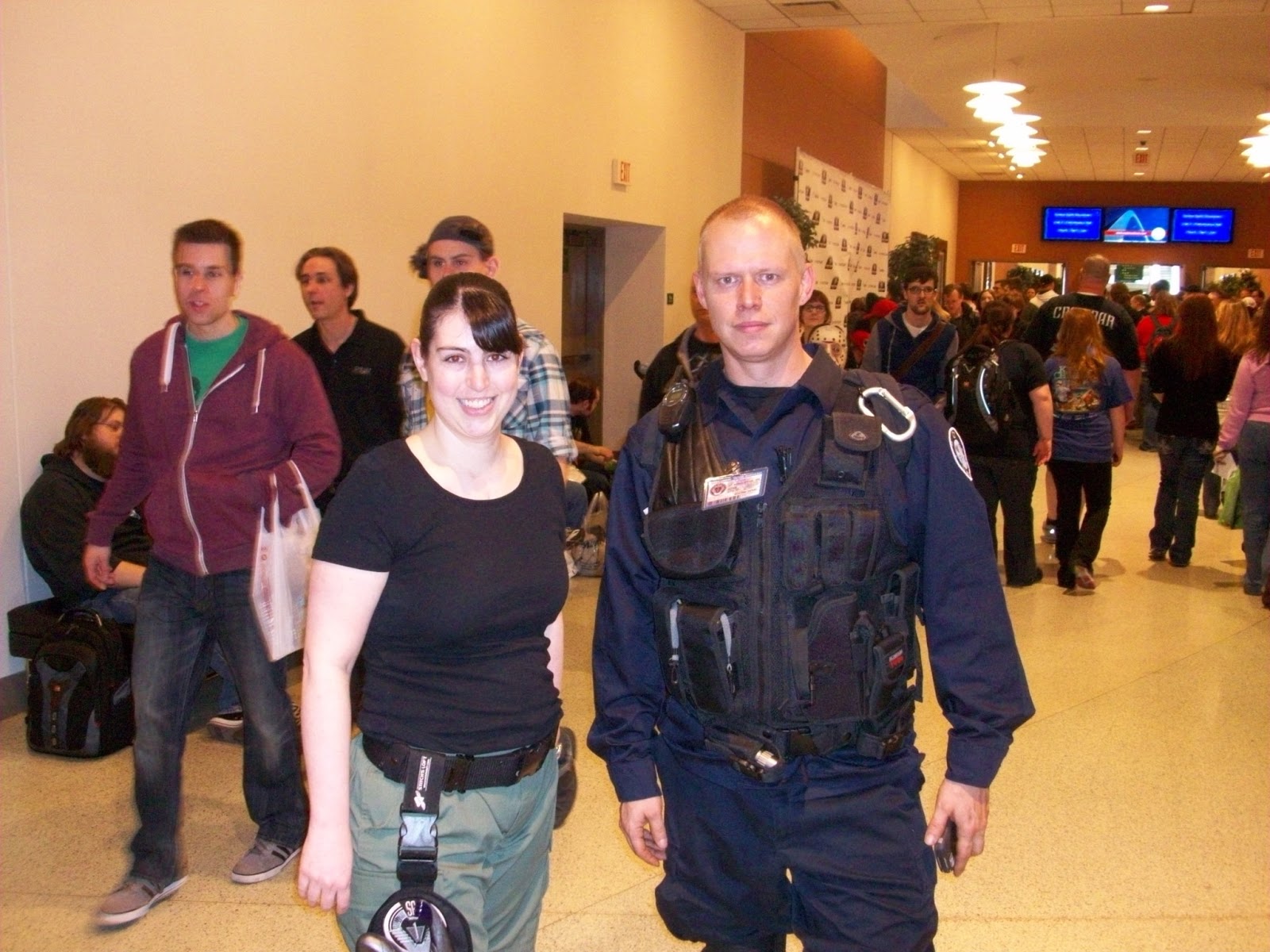 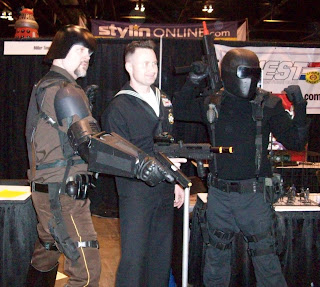 I mean the whole thing is just so infectious! And I've caught it CON FEVER!

and please excuse the flailing, I really can't control myself at this point.
Posted by Jamie Krakover at 8:26 AM 2 comments: