No that's not my real car, I actually drive a blue Prius with a license plate holder that says my other car is a Tardis.

I live in the city with the big giant magnet.

With my fiance Andrew.

And my dog Sophie

I love to read and write YA and MG. In fact the only place I buy my books is in the YA and MG section of the bookstore.

And meeting authors is one of my favorite things to do!


I am a giant geek!
But I'm incredible!

And I wish I had somewhere to put one of these...

And anything Sci fi, fantasy, or paranormal on TV, at the movies or in books.

Oh and did I mention that I'm a Rocket Scientist? 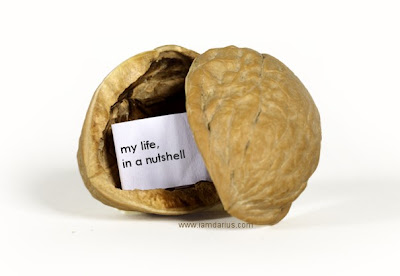 Now go check out the other #PitchWars participants.
Posted by Jamie Krakover at 10:19 AM 37 comments:

Email ThisBlogThis!Share to TwitterShare to FacebookShare to Pinterest
Labels: about me

Why the Numbers Don't Matter

Many writers enter contests wanting to know how many submissions there are and what their odds are of getting in. I totally get it. As an engineer I love the numbers game. I love to know the percent chance I have. But here's the thing, in writing contests the number of entries doesn't matter. Let me repeat, THE NUMBER OF ENTRIES DOESN'T MATTER!

I know it's utter blasphemy, but it's true and here's why. When you enter a contest, it's not about the numbers, it's about putting your best work forward. The same as when you query. We don't tend to worry about the number of queries an agent receives so why would we worry about the number of contest entries? Maybe it's because there's a finite number of entries and queries are never ending. But one way or another it shouldn't matter. The reason? Because the goal is to present your most polished manuscript and pitch possible, and to follow the submission guidelines exactly. That's it. If you do that guaranteed your ahead of the pack both in contests and in the slush pile.

That said there's another element in querying and contests that comes hugely into play, subjectivity. The numbers could be in your favor, but if someone doesn't like your submission it wont matter. It sucks but it's the hard truth. You can't control subjectivity, so stop stressing over it! Your manuscript could be error free and you could be one of ten people vying for nine spots but if the contest judge, or agent doesn't resonate with your voice or story concept, that's enough to put the odds out of your favor. The fact of the matter is, not every story is right for every agent, reader, contest, mentor, critique partner, etc. And that's perfectly okay. There's isn't just one path to success, so if one isn't working try another.

I know we like the numbers and we often find solace in them. We feel like it's something we have some sense of control over in a situation we have very little. It's comforting to know the odds. Sadly, knowing them wont change a thing. The best we can do is follow the rules and submit our cleanest, most edited work. We keep learning and growing as writers and one day, we might be that one in a hundred or one in a thousand or even one in a million. But it will be because we worked hard and kept going, not because of the numbers.
Posted by Jamie Krakover at 11:25 AM 11 comments: