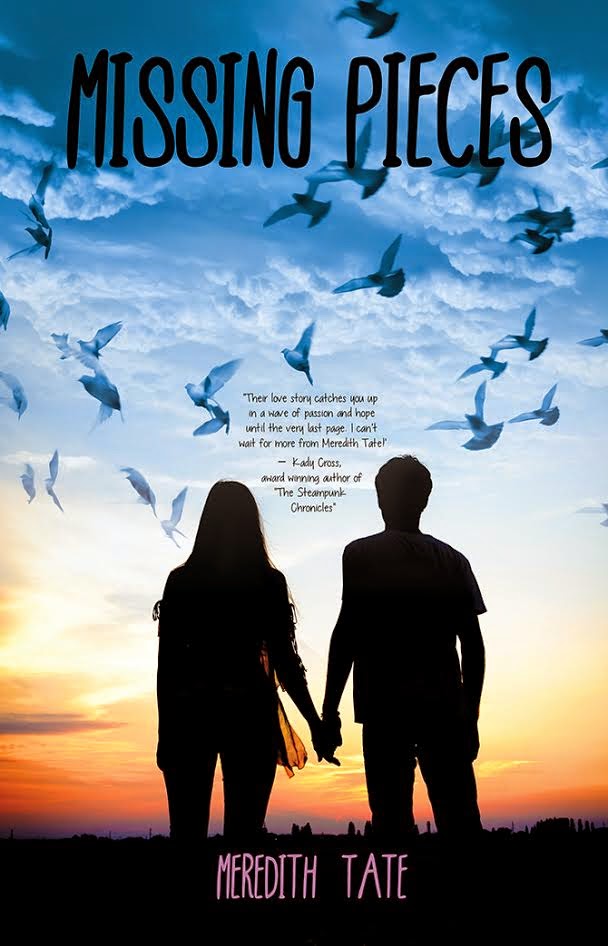 Summary:
“Your family is the most important part of your life. Your families are the people you love, and love is what separates us from scoundrels and criminals. It maintains order. Your parents, your sibling, and your Partner are the ones you love. There should never, ever, be anyone else who comes close to that bond. You have only one best friend, and that is the person you’ll be marrying some day. We must learn to differentiate the relationships in our lives: the people we love, and the ones we don’t. It’s inappropriate, it’s foolish, and it’s forbidden to think otherwise.”

Trace Bailey’s mouth is her worst enemy—somehow it always gets her in trouble. Luckily, she has a partner in crime—her best friend and neighbor since age seven, Piren Allston. He can’t get enough of her crazy sense of humor, and she loves that he’s always up for another adventure.

They can’t be friends, though, not in their world. Trace and Piren were Assigned to other people at the age of six, and they’re supposed to marry their Partners when they turn twenty-four. Failure to comply leads to Banishment, a fate worse than death.

Worse still is the growing realization that their bond is stronger than just friendship. 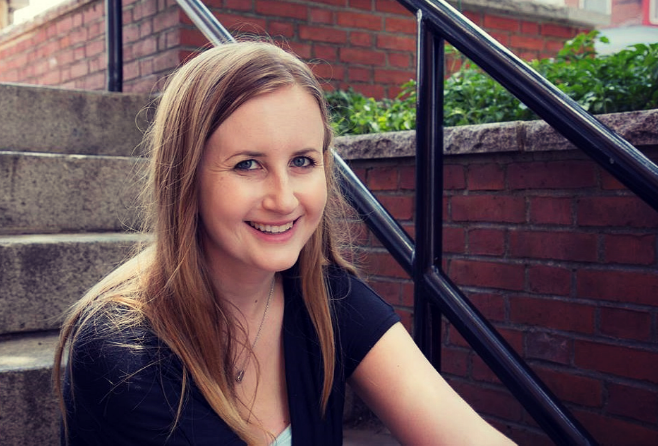 Author Bio:
A proud New Hampshire native, Meredith Tate lives in St. Louis with her husband. She loves reading and writing in all genres, but has a soft spot for dark young adult and new adult speculative fiction. Meredith has a master's degree in social work from the University of New Hampshire. She is a contributor to the St. Louis Writer's Guild's "Write Pack Radio Show" every Sunday afternoon. When she’s not writing, Meredith enjoys traveling, playing the piano, befriending wild geese, and spending time with family and friends. Much like her characters, she’s always up for another adventure.
Posted by Jamie Krakover at 6:30 AM 2 comments:

The Common Problems With Sci Fi

Over the weekend I saw Jupiter Ascending. While I enjoyed it, I couldn't help but notice some common problems with sci fi, running rampant in this movie.

For a little clarity I'm going to give you a quick run down of the opening of the movie then use that to explain some common mistakes that occur in sci fi stories that don't quite work. See if you can spot some of the problems as I explain. And if you get lost in the explanation skip to the bold *** section and see why you got lost.

Meet the parents
The movie opens with a narration and meeting Jupiter's parents as they first find each other. Dad likes science and astronomy, Mom likes that he's crazy and into science. Fast forward, boom Mom is pregnant, and Dad wants to name the kid Jupiter. Mom says you can't name a kid after a planet, and then they get robbed in their own home. Dad tries to stop them from getting his precious telescope and gets shot and SPOILER **DIES**. At this point we aren't sure what this has to do with the story other than how our main character came to be.

Meet Jupiter
Fast forward some more and here's Jupiter. She wakes up at 4:45 am every morning, cleans toilets with her mom in fancy homes, and dreams of something more. Her life is boring and it sucks. YAWN. We get it Jupiter doesn't like things as they are, and feels like she should have more out of life.

Meet the sibling aliens
We are on some beautiful planet with tall shiny buildings and it's deserted. Oh wait who are those two? They are wearing fancy clothes and talking about inheritance. A third guy materializes out of mid air. One guy wants to make a trade and the other thinks it's cause he squandered his inheritance. They seem to tolerate each other and be related, but we don't know who they are, why we should care about them, or what they have to do with Jupiter who we just met.

Jupiter and her cousin
We know Jupiter wants nice things and can't afford them so she is getting her eggs harvested cause she wants to buy a telescope like the one that got stolen from her Dad. Her skeevy cousin has talked her into this and is using her for money. Again why do we care? What does this have to do with Jupiter and her story.

Meet more crazy aliens
We have some new crazy aliens with cool hair and tattoos on a roof watching another alien on the ground. Oh he's got cool boots, he's called a something or other that I never caught the name of. And oh hey, we can't let him live, but we won't tell you why.

Alien with the cool boots uses some cool tech to walk through a solid door into a fertility clinic to look at some records.

Aliens on the roof descend to the ground, one has a cool hover bike.

Alien with the boots emerges with a cool energy shield and they all fight in this epic fight scene with laser weapons and hover boots, but we aren't quite sure why.

Jupiter sees aliens
We've got some crazy lady Jupiter works for and cue the aliens mind probing the weird lady. Jupiter takes a picture on her cell phone that she later can't remember.

Jupiter goes to get her eggs harvested, uses a fake name
The aliens find her and scan her. She's the one, let's kill her! Cue crazy alien with the hover boots and she's rescued in some grand fight/chase scene. It's super cool. I SWEAR! But I still have very little clue as to what's happening to her or why. Jupiter wakes up with alien
Every time he opens his mouth, it's to explain the world as he knows it, and to explain how everything Jupiter knows is only a partial truth. He was sent to rescue her by some guy and cue the info dump.


***
Are you still here or did you get lost? If you got lost, there's no shame. I saw the whole movie, and I'm still not quite sure I understand what happened. The problem is, by this point we are so far down the rabbit hole, I'd say at least 30 to 40 minutes deep in this movie, and we have nothing to latch onto. There's a million different story lines and characters, and very little grounding. But hey everything looks really cool! They are trying to build this amazing world with awesome tech, and keep secrets from the audience, but in the process all they have done is create confusion and little connection to the characters. And spoiler, as the movie goes on every time an alien opens his or her mouth, there's more giant dumps of information.

So what went wrong?

Cool Scenery
Hey everything was gorgeous, visually stunning in fact, but none of it seemed to have any point in the story. In fact sometimes we had no idea what planet we were on or why it mattered. It very often gave the audience a "why are we here" and "why should we care" feeling.

Cool Tech
What is sci fi without cool tech? I love fun things like hover boots, hover bikes, and energy shields. But if it's just floating around early in the story to say hey this is different than the world we know today, and it doesn't seem to fit with in the context of the story, it will probably confuse your readers. Put the cool tech in by all means, but at least make some of it serve a purpose with the plot and/or characters.

Character Development
Sometimes we get so excited about sci fi and all the possibilities that we forget the reader needs to connect with our characters. We can throw cool characters in there, but if we have no reason to care about them or connect with them from the beginning, we as a reader are going to give up and move onto something else.

Dropped in the Action
Fight scenes, yes they are cool and full of action and excitement. The problem with them is, if they are done incorrectly, you feel dropped in the middle. Even worse when there's crazy tech and characters the audience doesn't care about, this creates chaos and confusion. We get those, "who are these people", "why are they fighting", and "why should we care" feelings. If you are going to have an action sequence or a cool fight scene make sure the reader is grounded in it so they know why the parties are fighting, and why it's so exciting.

Back Story
This is a common problem in a lot of books not just sci fi. That said, in Jupiter Ascending did we really need 20 minutes of movie to explain how Jupiter's parents met, how she came to be, and that her life sucks cause she cleans toilets? Nope. Sure it told us she had money problems, wanted greater things for her life, and got her to the clinic where she was attacked by aliens, but a much more interesting story may have shown Jupiter's struggle with money in some fun way and let the dad's telescope thing come out a little more organically.

Show vs Tell / Info Dumps
Now I put these together because they seem to go hand in hand. While sci fi can have slightly more telling than say a contemporary story, there still needs to be a balance between show and tell. There are ways to show different worlds, alien species, and what they are all about without telling the audience everything about them. And if every time an alien opens his or her mouth it's to dump a million pieces of information on the reader, then you are just going to overwhelm them with weird names, facts, and plot with a lot of unnecessary back story. So there needs to be a way the reader can be informed of the important information organically and gradually. It needs to be woven seamlessly throughout the story instead of like word vomit on the page.

All that said, Jupiter Ascending had a lot of potential. And if you take it for a visually stunning movie with some cool ideas then you will enjoy the movie. If you rip it apart for it's many plot problems, you may not like it as much. I found myself having to turn my brain off at times and just enjoy the pretty scenery and awesome technology. So if you write sci fi, use this as a lesson to create cohesive, exciting sci fi with awesome characters and a kick ass plot that unfolds before the readers eyes and entices them to keep reading.
Posted by Jamie Krakover at 8:31 AM 4 comments: